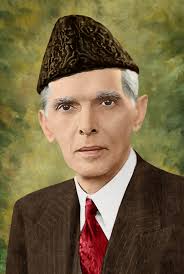 Few individuals significantly alter the course of history; fewer still modify the map of the world; hardly anyone can be credited with creating a nation-state; and Mohammad Ali Jinnah did all the three. Hailed as the Quaid-i-Azam (the great leader), Jinnah virtually conjured the country into a statehood by his indomitable will. His place of primacy in Pakistan’s history looms large like a lofty minaret over the achievement of all his contemporaries in Muslim League. Yet Jinnah began his political career as a leader of the Indian National Congress and remained until the World War I India’s best “Ambassador of Hindu-Muslim unity”. As enigmatic as Mahatma Gandhi, more powerful that Pandit Jawahar Lal Nehru, Quaid-i-Azam Jinnah was one of the most charismatic leaders of the recent history ended up as the architect of partitioning India to carve out Pakistan in 1947, some four decades after he started as a Congress leader who initially wanted political and electoral safeguards for Indian Muslims with a separate electorate that ensured them one-thirds of their representation in the Central Legislative Council and provincial assemblies. Jinnah’s effort was manifest in the Lucknow Pact (1916) and his Fourteen Points (1920). That is how noted American biographer and expert on South India Stanley Wolpert assessed the life and political role of the founder of Pakistan in his outstanding biographic write-up “Jinnah of Pakistan”, as one of the most credible book on the father of the nation.Born on December 25, 1876 as the scion of the Poonja family from Gujrat’s Kathiwar, Jinnah had the early education from Sindh Madrassa and the Mission School in Karachi and left in 1892 for England to study law at the Lincoln’s Inn, then among top 10 universities of the world. He graduated from the university at the age of 19 and became the youngest Indian to be called to the bar in England.
On returning to India in 1896, Jinnah joined the Indian National Congress, then the largest Indian political organization. Like most of the Congress at the time, Jinnah did not favour outright independence, considering British influences on education, law, culture and industry as beneficial to India. Jinnah became a member on the sixty-member Imperial Legislative Council and was greatly instrumental in the passing of the Child Marriages Restraint Act, the legitimization of the Muslim waqf (religious endowments) and was appointed to the Sandhurst committee, which helped establish the Indian Military Academy at Dehra Dun during the World War I because he was among the Indian moderates who supported the British war effort, hoping that Indians would be rewarded with political freedoms.

Eventually, Jinnah joined the All-India Muslim League in 1913 and became its president at the 1916 session in Lucknow.. He also played an important role in the founding of the All India Home Rule League in 1916. Along with political leaders Annie Besant and Tilak, Jinnah demanded “home rule” for India—the status of a self-governing dominion in the Empire. Jinnah’s life witnessed a turning point when the Raj got the Rowlett Act passed by the Central Legislative Council to give police the sweeping powers of entering any house without warrant in search of rebels and rebellion literature. Otherwise a cool and composed person, Jinnah made a hard hitting speech at the council meeting and quit its membership in protest.

This single episode made Jinnah later to advocate a separate Muslim state and the Lahore Resolution adopted by the Muslim League’s general council’s session near the Minar-i-Pakistan (then Minto Park) seeking complete support of the demand of the Quaid-i-Azm The League won most reserved Muslim seats in the elections of 1946. After the British and Congress backed out of the Cabinet Mission Plan Jinnah called for a Direct Action Day on August 16, 1946.to achieve Pakistan. The day saw massive rioting in Calcutta between Muslims and Hindus.[As the Indian National Congress and Muslim League failed to reach a power sharing formula for united India, it prompted both the parties and the British to agree to independence of Pakistan and India. As the first Governor-General of Pakistan, Jinnah led efforts to lay the foundations of the new state of Pakistan, frame national policies and rehabilitate millions of Muslim refugees who had migrated from India. He died in September 1948, just over a year after Pakistan gained independence from the British Empire. He was so active on a wide range of subjects that in 1925 he was offered a knighthood by Viceroy Lord Reading that he declined saying “I prefer to be plain Mr. Jinnah”.